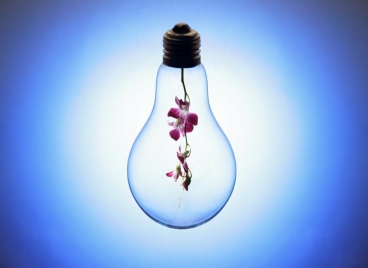 The United States is a leader in the production and supply of energy, and is one of the world’s largest energy consumers. The energy industry is the third largest industry in the United States. U.S. energy companies produce oil, natural gas, coal, nuclear power, renewable energy and fuels, as well as electricity, smart grid, and demand response technologies. Growing consumer demand and world class innovation – combined with a competitive workforce and supply chain capable of building, installing, and servicing all energy technologies – make the United States the world’s most attractive market in the $6 trillion global energy market.

Renewable Energy: The United States is home to a thriving renewable energy industry, with globally competitive firms in all technology subsectors, including the wind, solar, geothermal, hydropower, biomass, and biofuels sectors.  Bloomberg New Energy Finance (BNEF) expects that by 2030 the share of renewables in U.S. power generation mix to reach 27 percent.  In fact, by then, the United States is projected to have 343 GW of renewable energy capacity– an increase of 420 percent from 2010 totals.  To achieve these gains, BNEF projects that just under $700 billion will be invested in the U.S. renewable energy sector during the next two decades with investment opportunities cascading across the industry’s deep and multi-faceted supply chain.  Today, the United States produces more geothermal energy than any other country (3,187 MW); more biomass power than any other country (16,250 MW); enjoys the second largest wind industry (60,078 MW); the third largest hydropower industry (100,000 MW); and the fifth largest solar industry (9,370 MW).

Renewable Fuels: With access to abundant natural resources, the pellet and ethanol industries are also increasing their capacity – particularly to serve overseas markets.  America’s ethanol industry is the largest and most efficient in the world, incorporating technological innovations to produce over 13 billion gallons of ethanol annually.   In addition, the industry is expanding to new markets.  During 2012, the U.S. ethanol industry exported an estimated 700-750 million gallons of ethanol – around 6 percent of its total production – to markets around the world.   Investment opportunities also exist for the development of advanced biofuels utilizing new technologies and feedstocks, particularly in the aviation sector.  U.S. wood pellet manufacturers can now produce over 16 billion metric tons of pellets annually.   Much of the production has been added in recent years to export to Europe.  In 2012, nearly 1.9 million metric tons were exported, and in 2013 exporters were on track to exceed the previous year’s levels.

Oil and Gas: The United States is undergoing a revolution in oil and natural gas production from shale.  U.S. companies have developed techniques for extracting hydrocarbons from shale, altering the U.S. oil and gas sector and the domestic energy landscape.  Increased oil and gas production from North Dakota’s Bakken shale and the Marcellus Shale in the northeastern region of the United States among other shale plays have been the source of increased onshore oil and gas production.  In addition to shale, the U.S. Gulf of Mexico and Alaska are once again the focus for new investment.  The U.S. Department of Interior has released a five-year leasing program for high-resource areas under the U.S. Outer Continental Shelf Oil and Gas Leasing Program.  In light of these developments, the International Energy Agency recently projected the United States will surpass Russia and Saudi Arabia as the world’s top oil producer by 2015, and be close to energy self-sufficiency in the next two decades, amid booming output from shale formations.

Coal:  The United States holds the world’s largest estimated recoverable reserves of coal and is a net exporter of coal. Approximately 72 percent of coal production originated in five states: Wyoming, West Virginia, Kentucky, Pennsylvania, and Texas. Coal is used to generate 42 percent of the electricity in the United States, and is also used for industrial applications such as cement making, and conversion to coke for the smelting of iron ore at blast furnaces to make steel.  The United States is also developing carbon capture and sequestration technologies with the goal of capturing 90 percent of CO2 emissions from coal.

Nuclear Energy: The United States operates the most nuclear reactors, has the largest installed nuclear power capacity, and generates the most nuclear power in the world.  Nearly 20 percent of U.S. electricity is produced at 100 nuclear reactors in 31 states.  By 2015, the first of 24 new nuclear reactors are expected to come on line. Subsectors of the civil nuclear industry are represented by companies that produce nuclear components (reactors, nuclear monitoring instruments, boilers, heat exchangers, industrial valves, instrument modules, insulation, economizers for boilers, pumps and other reactor parts), nuclear fuel (uranium mining, conversion, enrichment, fuel assembly fabrication, and spent fuel storage), nuclear engineering and construction (site preparation, materials and equipment procurement, and construction), and nuclear advisory services (consulting on nuclear-related regulatory policies, human resources, and infrastructure; legal services; and operations and program management services).  The international civil nuclear marketplace is estimated at more than $500‐740 billion during the next decade and has the potential to generate more than $100 billion in U.S. exports and thousands of new skilled and unskilled jobs.

Energy Efficiency:  The market for achieving greater energy efficiency in the United States is large and growing.  Combined financing and investment in building, industrial, and supply side energy efficiency doubled in 2012, exceeding $15 billion in funds.   According to the Energy Information Administration, existing policies, such as Federal appliance standards, along with other Federal and State policies, and market forces are drivers of energy efficiency in the United States.  In August 2012, President Obama signed an Executive Order supporting industrial energy efficiency and combined heat and power.  The Executive Order is expected to encourage industrial facilities to modernize their domestic manufacturing capacity, and contribute to significant energy cost savings by as much as $100 billion.

Smart Grid: The United States is an international leader in the development and deployment of smart grid technologies and services.  The smart grid subsector is defined by the electric grid equipment and services required for the modernization of distribution and transmission systems, as well as the Information and Communication Technologies (ICT) that support a fully networked grid and enable two-way communications and electric flows.  Since 2009, investment in the modernization of America’s electricity infrastructure has increased dramatically, in large part due to the nearly $8 billion in 99 public-private Smart Grid Investment Grant (SGIG) projects involving more than 200 electric utilities.   These projects have helped push the deployment of smart meters to approximately 37 percent of the country’s 144.51 million electricity consumers.   In addition to public-private programs like the SGIG, America’s shareholder-owned utilities are projected to spend $54.6 billion on transmission infrastructure from 2012 to 2015, a 32 percent increase over the previous 4-year period.   Overall grid modernization investments are projected to achieve $130 billion in annual benefits for the U.S. economy by 2019, and the smart grid deployment by utilities in the United States is expected to create $15 billion to $31 billion annually by 2014 in potential sales for the ICT industry.

Department of Energy (DOE) Loan Guarantees: The goal of the Department of Energy’s Loan Guarantee Program (Program), as defined in the Energy Policy Act of 2005, is to provide Federal support, in the form of loan guarantees, to spur commercial investments in clean energy projects that use innovative technologies. The American Recovery and Reinvestment Act of 2009 amended the Energy Policy Act and temporarily expanded the Program by providing loan guarantees for renewable energy systems, electric transmission systems, and leading edge biofuels projects.

Smart Grid Stimulus Program: The United States has taken an all-encompassing approach to the development and deployment of an integrated, nationwide smart grid system. Spurred by the  $9 billion Smart Grid Stimulus Program and private investment prompted by the Recovery Act, numerous industries and sectors are advancing implementation, including utilities, information and communication technology companies, meter manufacturers, appliance companies, the telecommunications industry, renewable energy companies, electrical vehicle manufacturers and energy storage companies.  From 2010 to 2012, more than 50 million smart meters were installed and more than $4.5 billion was invested in the modernization of the United States’ electricity infrastructure through the Stimulus Program.