The U.S. media and entertainment (M&E) industry is comprised of businesses that produce and distribute motion pictures, television programs and commercials along with music and audio recordings, radio, games and publishing.  The U.S. M&E market, which represents a third of the global industry, and is the largest M&E market worldwide, is expected to reach about $546 billion in 2014, per the 2013 Entertainment & Media Outlook by PriceWaterhouseCoopers (PwC).  This snapshot is limited to the film and music sectors which both represent aspects of a uniquely American culture, much of which was created in the USA. 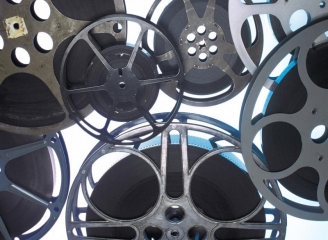 Film The U.S. film industry posted $31 billion in revenues in 2013, a modest increase over 2012, according to data from PriceWaterhouseCoopers.  The industry consists of multinational umbrella corporations, major studios, and independent studios or “indies.” Many of the leading motion picture studios are part of larger media conglomerates that often include television, newspaper, cable and magazine segments, and much of this is online content. Both film and music represent America’s diverse culture.   The industry enjoys high popularity in foreign markets, but also high rates of illegal downloads.  U.S. exports of film and entertainment media often attain shares in international markets in excess of 90 percent due to high global interest in U.S. filmed entertainment.

PriceWaterhouseCoopers reports domestic box office revenues experienced modest growth in 2013 as theatres adopt digital technologies and slow increases in the price of tickets, reaching $10.7 billion.   The U.S. filmed entertainment sector enjoyed a trade surplus of $14.3 billion in 2011 (latest data available).  The industry offers attractive possibilities for foreign investors, both large and small, and provides film production tax incentives. The industry is increasingly turning toward digital production and distribution and foreign firms have been seeking out U.S. digital and animation expertise.

Drawing on formidable strengths, the U.S. film industry has a proven ability to produce blockbuster movies that generate hundreds of millions of dollars, including revenues from distribution across strong domestic and international networks. Success in the industry is based on creativity and financing, and the industry is largely self-regulated. The U.S. market has a large talent pool of writers, actors, producers, directors and technical experts, and is home to a variety of film crews, post-production firms, backdrops and infrastructure to support production. U.S. filmmakers also receive critical protections for their intellectual property.

The U.S. recorded music industry (including concerts and touring) reached $15.1 billion in 2013, a slight uptick from 2012 but still lower than 2008 sales. While the U.S. is still the largest global music market and is essential for a company interested in global operations and to establish a presence, competition is strong from European and Asian markets. Digital technologies have revolutionized the music industry by creating high-quality, low-cost recording technologies and digital distribution, along with the proliferation of devices to download and listen to music. Future industry growth is likely to be among companies outside the soon to be big three worldwide record companies – Universal Music Group, Sony Music Entertainment, and Warner Music Group as the U.S. has a robust indie sector.  The indies struggle to export and prevent illegal file sharing and often rely on partnerships with the largest labels in global markets. The U.S. has the world’s largest performance rights market and earns half of global sync revenues.

Film post production: This industry subsector is made up of companies that offer services that include editing; film/tape transfers; titling; closed captioning; and computer-produced graphics, animation and special effects, as well as developing and processing motion picture film. Film post production accounted for revenue of approximately $19.5 billion in 2010.

Integrated record production/distribution: Businesses in this subsector release, promote and distribute sound recordings and create compact discs and digital streaming recordings. These products are then distributed to wholesalers, retailers or directly to the public. This subsector generated revenue of $11 billion in 2010.

Music Publishers: Music publishers acquire and register copyrights for musical compositions in accordance with law and promote and authorize the use of these compositions in recordings, radio, television, motion pictures, live performances, print and other media. The companies in this subsector represent the interests of the songwriter or owner of the musical composition to produce revenues from the use of such works, typically through licensing agreements. Based on 2010 figures, this subsector generated revenue of approximately $4 billion.