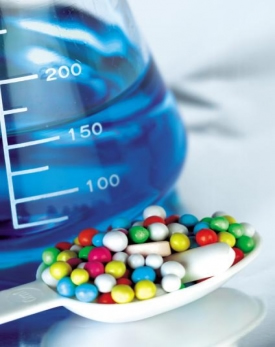 The markets for biologics, over-the-counter (OTC) medicines, and generics show the most potential for growth and have become increasingly competitive.  Biologics account for a quarter of all new drugs in clinical trials or awaiting U.S. Food and Drug Administration approval.  OTC market growth will be driven by a growing aging population and consumer trend to self-medication, and the conversion of drugs from prescription to non-prescription or OTC status.

The U.S. market is the world’s largest free-pricing market for pharmaceuticals and has a favorable patent and regulatory environment.  Product success is largely based on competition in product quality, safety and efficacy and price.  U.S. government support of biomedical research, along with its unparalleled scientific and research base and innovative biotechnology sector, make the U.S. market the preferred home for growth in the pharmaceutical industry.

The innovative pharmaceutical industry in the United States produces chemically-derived drugs developed as a result of extensive R&D and clinical trials in both humans and animals.  The innovator relies on patents and other forms of intellectual property rights to justify the investment required to bring a product to market (the U.S. patent term is 20 years).  The pharmaceutical industry is heavily dependent on the development of new molecules to replace the revenue stream of older drugs that have come to the expiration of their patent terms.  Several large multinationals produce the majority of innovative pharmaceuticals globally, but they have come to rely more heavily on research performed by industry partners, including smaller, innovative manufacturers.  Pricing of innovative pharmaceuticals is designed to recapture R&D expenditures.

The biopharmaceutical industry produces medical drugs derived from life forms (biologics). These include proteins (including antibodies), and nucleic acids (DNA, RNA or antisense oligonucleotides) used for therapeutic or in vivo diagnostic purposes, and are produced by means other than direct extraction from a native (non-engineered) biological source.  A potentially controversial method of producing biopharmaceuticals involves transgenic organisms, particularly plants and animals that have been genetically modified to produce drugs.  The biopharmaceutical industry relies heavily on research performed by small companies and academic institutions that is either acquired by large companies that can bring the products to commercialization, or independently financed. 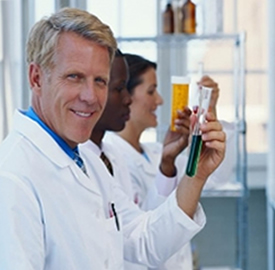 Biologics (both biologics and biosimilars) include a wide range of products such as vaccines, therapeutic proteins, blood and blood components, tissues, etc.  Major pharmaceutical companies continue to diversify into biologics through acquisitions of biotechnology companies, in-licensing of products, and R&D alliances.  Some biotech firms have chosen to license their products through joint ventures with multinational pharmaceutical partners, while reserving rights to the domestic market.  The term biosimilar refers to products that have similar properties to existing biologic products.

The generic pharmaceutical industry produces copies of innovative pharmaceuticals that contain the same active ingredient, are identical in strength, dosage form, and route of administration.  In the United States, upon patent expiration or a successful challenge of relevant patents, a manufacturer can produce a generic drug as long as the drug meets USFDA regulatory requirements and USFDA provides clearance to the applicant.  The prices of generic drugs are typically lower than the prices of innovative drugs.  Many generic drug manufacturers are also producers of biosimilars.  Generic drug manufacturing is heavily reliant on efficient production methods and distribution chains, and based on volume rather than price to make profits.  Regulatory systems governing patent expiration are important to generic producers, as are approval systems for biologics and biosimilars.